Posted on December 9, 2019 by Kevin Yaworski 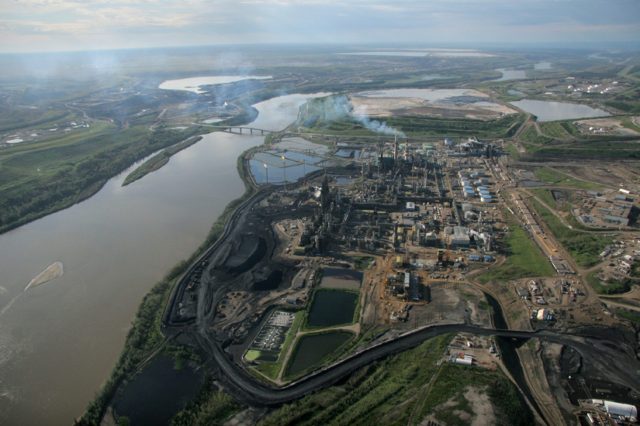 Dec 9 2019 – Globe and Mail, The Narwhal and Concerned Citizen

These are some of the major issues that make it hard for Alberta and Canada to say it has been a responsible oil and gas producer. If these were not occuring they would have more support while Canada and the world transitions to more sustainable energy sources.

Alberta and Canada has for the most part ignored and delayed dealing with the issue of orphaned oil and gas wells and their cleanup liabilities. The industry run Alberta Energy Regulator (AER) has allowed large and profitable corporations to sell thousands of their nearly spent wells to small and questionable companies that later declare bankruptcy.

The industry and AB government paid cleanup fund has been inadequate so Ottawa / taxpayers have had to pay $30 Million or more so far even though the industry legally required to pay. Now AB and Canadian taxpayers could be on the hook for tens or hundreds of billions more in cleanup costs unless something done. A year ago it was announced the industry in AB would get $1.6 Billion from Ottawa / taxpayers for it struggle with low oil prices and limited pipeline capacity.

Why were these cleanup issues not dealt with by the Industry, AB and the Federal governments during the boom periods when profits, royalties and subsidies were plentiful. The industry and governments have earned Trillions and tens of Billions of dollars from this extraction. In 2017 alone the top 30 oil sands projects earned $53.5 Billion in revenue with $10.14 Billion in profit and paid $3.21 Billion in royalties, fees and taxes. That equals 32% vs. other countries with large production paying between 58% and 85%. The IMF estimates Canadian tax breaks for the oil and gas industry have equaled up to $38 Billion per year.

Who have been the ones benefiting from this lopsided deal and lack of cleanup? The greedy and possibly influenced or corrupt corporate owners and execs and public officials that helped ignore or support this?

“The AER rough estimates suggest the 93,000 inactive or orphaned wells cleanup costs could potentially rise to $210,000 a well, which would add up to a staggering $100-billion in total liabilities. Those same estimates also looked at oil-sands mines and provincial pipelines, which could bring the worse case number up as high as $260-billion.

For oil sands alone, the AER’s Mine Financial Security Program (MFSP) currently reports total liabilities at $31.39-billion, but holds only $1.47-billion in security – which is proportionately less than was held by the AER back in 2015 when Alberta’s Auditor-General first raised concerns about the MFSP. The Auditor-General warned that the province (i.e., taxpayers) “may have to pay a potentially substantial cost for this work to be completed.””

I use my blog to write about things I find interesting or that I think are matter of public interest.
View all posts by Kevin Yaworski →
This entry was posted in Canada, News and politics, Oil and Gas, Sustainability and tagged AER, Alberta, allegations, bankruptcy, Canada, cleanup, coal, corruption, gas, inactive, liabilities, oil, orphaned, pipelines, royalties, subsidies, tar sands, wells. Bookmark the permalink.