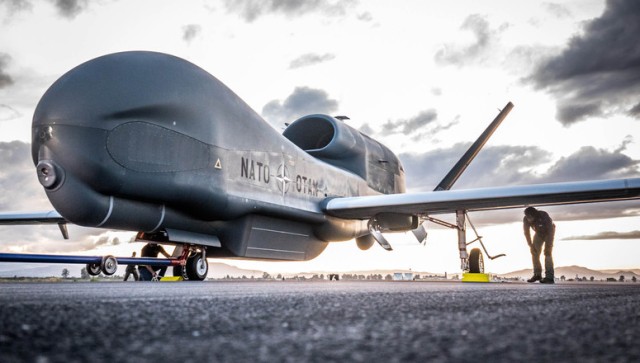 Apparently the US has tested up to 200 flying UAV’s simultaneously and they have the potential to be armed and enabled for auto target selection and kill mode. Other large military nations are likely doing and testing similar. Apparently Iran used up to 14 or more in recent strikes against Saudi oil facilities.

man.. this story is actually super weird… I’ll try to explain as short as I can.. back in the early 2000’s Boeing and Northrop were competing to create drones for the pentagon. Pentagon was paying part of the costs and the companies the other part.. Boeing was building a drone called X45, Northrop X47. Boeing created the software, called DICE, to control swarms of drones and back in 2005 they did demo the drones being fed data to where to go from Seattle and then they took off in California, flew to a missile range, started scanning for ground targets and they destroyed all the targets all by themselves. Northrop had a better drone but not a good software. Then the pentagon told that the software should be a single platform capable of controlling both X45 and X47 and that the companies had to share the software… so Boeing had to give away all their proprietary code to Northrop.. The X45 was focused on the air force and it was SO good that the air force gave up because they were afraid they would not be able to get funds for the F35 and F22 since the X45 was better and cheaper. The navy chose to take over the project by itself and gave the contract to Northrop and the X47. The Navy then ordered Boeing to destroy the 2 X45 they had and all the code. They lied to the Pentagon, never destroyed anything, they disappeared for years and now a few years ago they announced the Phanton Ray. boeing developed the drone with their own funds in secrecy without any buyers and against orders from the navy.

So yeah… they could control swarm of autonomous drones since the early 2000’s.. Who knows what kind of top secret stuff is flying out there today

I use my blog to write about things that I think are a matter of public interest or that I think others will be interested in
View all posts by Kevin Yaworski →
This entry was posted in international, law, military, News and politics and tagged auto, autonomous, Boeing, drone, kill, military, navy, swarms, target. Bookmark the permalink.