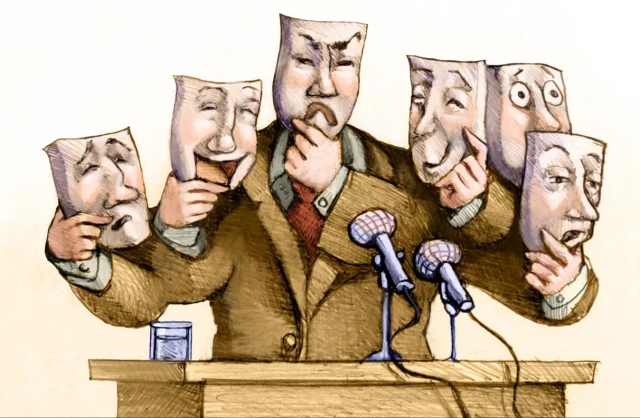 The CBC ran a version of the news story from The Georgia Straight about Andrew Scheer lying or misleading his party and the public but with less details. The Straight also covers some of the lies, misleading and conflicts of interest by Trudeau. It is not a fair comparison but does raise doubt about the last Conservative and Liberal leadership races.

The previous Conservative and Liberal leaders, parties and governments have had serious transparency and accountability issues as well.

What has led to so much loss of honesty and integrity in our politics and elsewhere? What can be done to restore these and a balance of supporting economic growth and sustainability for spending / taxation and the environment?

How do politicians get so comfortable with lying? One theory: practice.

The following information may appear to be biased against the Conservatives but there is enough I have already posted about the current and past Liberals plus much of it covered in the media. Too often we focus on just the party in power and flip between the two after a couple of terms with another four or eight years of mostly failed or idle promises and often more harm than good having been done.

With the past Conservatives it was the Election Act violations (robo calls, misleading voters about poll locations and …), senator expense scandals, RCMP investigations and charges. In most cases MPs and Senators suspended with pay, then reinstated with full pay and pensions after paying a small fine or paying back fraudulent expenses.

They slashed budgets for conservation, research, education and public broadcasting.

When cutting back on Conservation and other important departments they boasted about reduced spending but actually were handing out generous payout packages followed by many positions being filled again within two years and often by the same individuals.

—
Bill C-518 was a Private Members bill introduced by an NDP MP to amend the “Members of Parliament Retiring Allowances Act”.
The bill passed unanimously in the Conservative majority House on Feb 4 2015 after being watered down. If passed into law by the Senate it would have required revoking the pensions of MP’s or Senators if they were convicted of certain criminal offences with two years or more sentence.

Many Conservative MP’s did not support the bill without amendments to remove the retroactive part and exclude Election Act and other Parliamentary offences.

It looks like it was done to protect Senators like Patrick Brazeau who was charged with fraud and breach of trust and later plead quilty to assault and cocaine posession to drop sexual assault charges. As well as others like MP Dean Del Mastro who was found guilty of breaking the Elections Act and several Senators that were being charged or investigated by RCMP for fraudulent expenses (Mike Duffy and Pamela Wallen) plus the Senate investigating several other current and past senators.

The bill was watered down even more and stalled in the Conservative majority Senate during 1st, 2nd and 3rd readings. It eventually died when Harper called the election. The new liberal government and MP’s including Dan Vandal and others have refused to reintroduce it.

If this is important to you learn more about this bill and others plus how your MP has voted here:

The past Conservatives not only followed the lead of previous Liberal and Conservative governments they increased the hundreds of billions of dollars in subsidies to oil, gas and coal industries with little going towards environmental regulation enforcement and cleanup.

They ignored the industry led regulators allowing oil and gas corporations to defer cleanup when expanding and then sell off wells nearing end of life with hundreds of millions of dollars in cleanup liabilities. Then these sham companies allowed to file for bankruptcy, leaving the taxpayers on the hook for the cleanup. When taxpayers bleed nearly dry the cleanup gets abandon or defered even more.

Total petroleum subsidies in Canada in 2011 increased to $20.23 billion — more than 20 times the annual budget of Environment Canada.

In comparison to other countries, Canada provides more subsidies to petroleum as a proportion of government revenue than any developed nation on Earth besides the United States and Luxembourg

The natural gas industry also enjoyes $7.3 Billion per year in subsidies and Coal about $4.5 Billion.

I use my blog to write about things that I think are a matter of public interest or that I think others will be interested in
View all posts by Kevin Yaworski →
This entry was posted in Canada, Financial, News and politics, Oil and Gas, Sustainability and tagged cleanup, coal, conservatives, Energy, enforcement, enviromental, gas, leaders, liberals, lying, misleading, oil, paries, regulation, scheer, subsidies, sustainable, Trudeau. Bookmark the permalink.