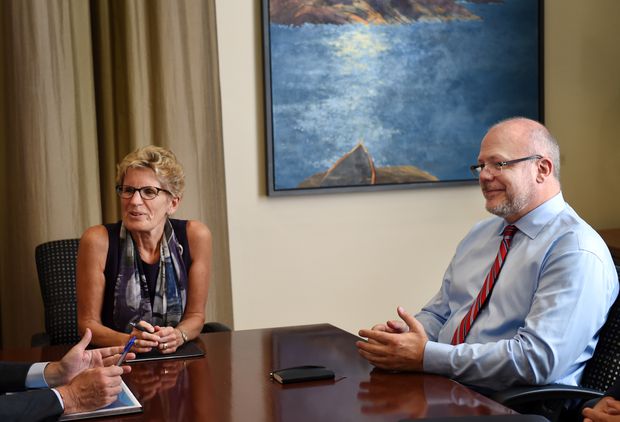 Former premier Kathleen Wynne and her former chief of staff Andrew Bevan in 2016.

“These recommendations were based on previous practices by governments of all stripes”.

“If you leave it at the discretion of an outgoing government, they have zero incentive to keep the costs down,”

How is this sustainable. The politicians who were fired (defeated in the election) or quit decided not to run are making these decisions.

I use my blog to write about things that I think are a matter of public interest or that I think others will be interested in
View all posts by Kevin Yaworski →
This entry was posted in Canada, Free Press, News and politics and tagged government, outgoing, severance. Bookmark the permalink.