Canada has become the laughing stock of the international community 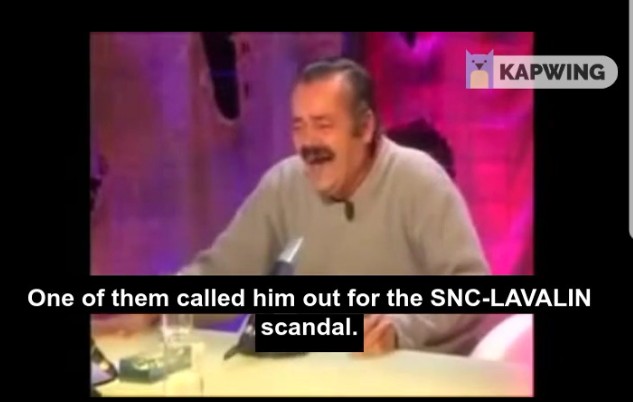 It is more than sad Canada has become the laughing stock of the international community. This could have been prevented if Trudeau, those in the current and previous governments that allowed SNC-Lavalin, Bombardier and others to do what they have done for years. Influence, corrupt, mislead and get preferred treatment or corporate welfare.

There was serious wrong doing in previous governments that was exposed while in power or after that affected public trust and Canada’s reputation but little to no meaningful consequences.

It is long over due to drain the swap that all our politicians and most public institutions are in by enforcing and strengthening the many protections in place already but being ignored.

Canadians must also not forget other actions by current and past governments that caused Canada to loose respect in the international community. Undermining and underfunding the sciences and conservation. The gaging or muzzling of scientists with threats to cut funding when their findings go against the government’s agenda or they speak out. Limiting questions from media and going to out of the way places for major press releases.

“The translation is not exactly as spoken but it’s so funny.😂😂👍😂😂”

I use my blog to write about things that I think are a matter of public interest or that I think others will be interested in
View all posts by Kevin Yaworski →
This entry was posted in international, News and politics. Bookmark the permalink.