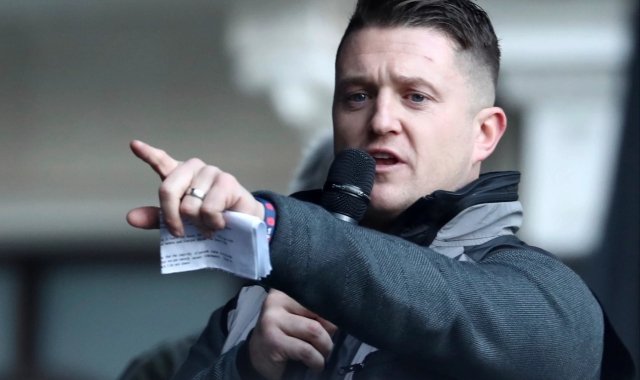 Tommy Robinson was banned from Twitter in March 2018 for similar reasons. Hate speech and promoting violence is not allowed in traditional media so why should it be allowed on social media? If he has a valid message can he not communicate it without hating or promoting violence?

His supporters are calling this an attack on freedom of speech. The Canadian Charter and the Supreme Court of Canada support freedom of speech not hate speech or calls for violence against others.

More info and examples from his posts, from the BBC
https://www.bbc.com/news/technology-47371290

I use my blog to write about things that I think are a matter of public interest or that I think others will be interested in
View all posts by Kevin Yaworski →
This entry was posted in Computers and Internet, international, News and politics and tagged banned, Facebook, far-right, Groups, hate, instagram, leader, Muslims, Proud Boys, speech, Tommy Robinson, twitter, violence, wing. Bookmark the permalink.