High number of pedestrian fatalities and in some places its on the rise – what can be done? 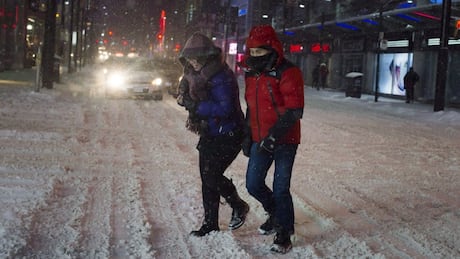 I am a volunteer public advocate and have nothing to gain with this post. My goal is to inform those denied the facts and for proper engineering, education and enforcement to be the priority which will lead to real improvements to safety and less violations.
If you agree with the following you can share it as a post here (ad free)

The Vision Zero initatives to reduce pedestrian fatalities in Toronto and elsewhere have failed. It can be argued this due to the primary focus on increased photo enforcement cameras and police officer enforcement while ignoring many proven engineering standards for safe and efficient vehicle and pedestrian traffic flow as well as effective education of pedestrians and drivers.

We all know crossing unsafely happens a lot and that some drivers are not paying attention like they should. Correcting these are needed to save lives. It proven in many jurisdictions the best way to do that is through better engineering, education and these should be supplemented with enforcement if needed. Fine focused enforcement should not be the priority which is all too often the case. The media is not helping by ignoring or hiding the facts.

Examples being missing, obscured or inadequate signage at crosswalks, school zones and along road ways plus lack of safe pedestrian crossings at busy intersections or across busy roadways dividing populated areas (under or over roads). These and other dangerous deficiencies often known to be significant factors but ignored. Often the excuse is these not needed or cost too much yet there would be more than enough funds if there was better fiscal management of legitimate revenue.
Michael Enright, the CBC and many others in the media have gone on a rant against drivers while ignoring two of the leading causes of most pedestrian fatalities. Poor choices by pedestrians and lack of adherence to proven engineering standards for safe and efficient vehicle and pedestrian traffic flow. Are they benefiting in someway?
https://www.cbc.ca/radio/thesundayedition/the-sunday-edition-for-february-3-2019-1.4997146/drivers-are-killing-more-pedestrians-in-canada-every-year-here-s-why-michael-s-essay-1.4998615

Below is a an overview of some of the issues that occur when questionble enforcement is the priority over proper engineering and education plus collections of stats and solutions often ignored by vision zero and pro enforcement supporters about pedestrian fatalities with sources from the US and parts of Europe. Many of the factors and stats are similar in Canada.

—
Politicians and all levels of government have and are being lobbied heavily by for profit photo enforcement and traffic related corporations and the “non profit” think tanks they fund.
They have repeatedly called for and in many proven cases bribed or influenced to get legislation or policies to pilot, implement, operate, test, review and issue offenses for photo enforcement programs without due diligence, little to no debate or public consultation and little oversight.

They also lobbied or influenced to get artificiallyreducied speed limits, amber light times, lowered speed thresholds, inadequate and removal of signage and other changes against proven engineering standards and certified engineers recommendations. This often accompanied by increase in charter, due process and other legal rights being ignored during enforcement and when contesting.

They all use false and inflated safety improvement and revenue stats based on incomplete data and flawed research to mislead public officials and the public. They get long term contracts signed with steps taken to prevent transparency, accountability and public scrutiny. These have lead to addiction to dial on demand traffic “safety” revenue included and depended upon in budgets. Collectively this is arguably unlawful taxation as fines and worse.

In Winnipeg, Manitoba past and present municipal and provincial officials have taken their addiction to this “safety” and parking enforement revenue several steps farther by ignoring and not enforcing the conditions of authority for traffic enforcement. They have requested or allowed the removal of hundreds of functional and engineering recommended speed limit, speed reduction, photo enforcement ahead and other signs after revenue dropped. City officials refused free offer by private sector corporation to install and maintain flashing lights in all reduced speed school zones. These zones like construction zones are almost exclusively enforced only when children or workers not present.

Manitoba Public Insurance has been allowed to divert Millions of dollars in overcharges to bloated bureaucracy, “safety” programs / studies and “enhanced” enforcement (ticket and demerit drives) that ignore proven engineering standards and target know deficiencies instead of refunding as required by legislated monopoly.

Past and current provincial and municipal governments have allowed legislation, bylaws and policies that are eroding the fundamentals of proper Justice and causing more loss of the public’s trust, respect and confidence in government, police and the courts.

They doing this after being influenced by special interests and continue to ignore the known root causes of the vast majority of violations and many accidents, injuries and insurance claims (deficencies). The upward trend of violations has boosted traffic “safety” and parking revenue to over $100 Million per year for a city with less than 400,000 drivers. This equates to over $.6 Billion per year taken out of the economy with velocity of money.

This before demerit and insurance penalties for tens of thousands of violations and accidents that would not have been issued or occured if the known engineering deficiencies corrected in the name of proper safety.

—
Here is a collections of stats often ignored by vision zero and pro enforcement supporters about pedestrian fatalities with sources from the US and parts of Europe. Many of the factors and stats are similar in Canada.

As well as some suggestions to handle biased media in this and other cases.

—
In at least the US recent increases or high number of pedestrian fatalities partly related to low gas prices and growing economy resulting in more vehicles on the road, alcohol and drug use by pedestrians and drivers, pedestrian and driver fatigue, increase in mobile phone use causing more distracted pedestrians and drivers. In at least New York poorly designed transit bus mirrors contributing to many preventable fatalities.
—
US pedestrian fatalities in 2016
72% occured walking in the road or not crossing at an intersection.
20% of pedestrian fatalities were children 14 yrs or younger.
Alcohol involvement—for the driver and/or the pedestrian—was reported in 48 percent of all fatal pedestrian crashes in 2016.
“No alcohol” refers to a blood alcohol concentration (BAC) of .00 g/dL.
An estimated 34 percent of pedestrians over the age of 16 killed had BACs of .08 g/dL or higher vs. 13 percent for the driver.
https://crashstats.nhtsa.dot.gov/Api/Public/Publication/812493
—
US Stats from 2010 – 2016
“it is widely accepted both smartphones and marijuana can impair the attention and judgment necessary to navigate roadways safely behind the wheel and on foot.”
The reported number of smartphones in active use in the U.S. increased (236% from 2010 to 2016) as have the number of cell-phone related emergency room visits, according to the study. And the seven states and D.C. that legalized recreational marijuana use between 2012 and 2016 experienced a collective 16.4% increase in pedestrian fatalities for the first half of 2017, while all other states saw a combined 5.8% decrease.
…
In North Dakota, Native Americans are 5 percent of the population, but account for nearly 38 percent of pedestrian deaths.
…
the elderly, the poor and those without health insurance were more likely to live in areas that are dangerous for pedestrians.
Governors Highway Safety Association (GHSA) – https://www.ghsa.org/about
https://www.forbes.com/sites/tanyamohn/2018/02/28/high-pedestrian-deaths-in-2017-risk-becoming-new-normal-report-finds/amp/
https://www.npr.org/sections/thetwo-way/2018/02/28/589453431/pedestrian-fatalities-remain-at-25-year-high-for-second-year-in-a-row
—
Several British studies have shown that most of the pedestrian fatalities were running or not paying attention at the time of the crash [45][8][52]
Increased pedestrian fatalities when children spend more time on main roads and busy streets that they cross between rather than at intersections, and if they accompanied by other children instead of by adults. These specific examples of exposure are, in turn, connected with the country’s residential and traffic infrastructure.
(Lack of safe pedestrian crossings at busy intersections or across busy roadways dividing populated areas (under or over roads))
https://ec.europa.eu/transport/road_safety/specialist/knowledge/pedestrians/crash_characteristics_where_and_how/age_groups_most_involved_in_fatal_crashes_en

Another example of media being biased and not including the engineering and education changes that are needed to improve safety and reduce fatalities.

Biased Media and what we can do a out it

The influenced or biased media is once again hard at work pushing the agenda of Vision Zero, Road to Zero and pro enforcement special interests. In this case Michael Enright of publicly funded CBC.

If you care about proper safety, engineering and education plus unbiased media we must all take meaningful actions or we will all feel the consequences of more unnecessary fatalities, artificially reduced speed limits and automated enforcement plus continued advantaging of inadequate signage, amber light times and other known or created and dangerous engineering deficiencies.

We will see further misuse of valuable and limited police resources, diverting and misuse of funds from public auto insurance and continued eroding of the fundamentals of our once fair and impartial Justice system.

Hopefully you read this article and you agree. If so please comment on the CBC Facebook post and CBC Radio website article linked above and anywhere else you see the facts ignored, rants blaming just drivers, calls for more reducing of speed limits without proper engineering studies and automated enforcement.

United and acting collectively we will not be ignored.

To get more informed of the facts and impacts of ignoring visit the following including announcements, regular pinned posts and nested links

I use my blog to write about things that I think are a matter of public interest or that I think others will be interested in
View all posts by Kevin Yaworski →
This entry was posted in Automobiles, international, justice, law, News and politics and tagged Accountability, artificial, biased, cbc, corporations, deficient, engineering, false, fatalities, for profit, government, influenced, lobbying, Michael enright, misleading, pedestrian, photo enforcement, police, politicians, safety, speed limit, Sunday edition, traffic, transparency, Vision Zero. Bookmark the permalink.