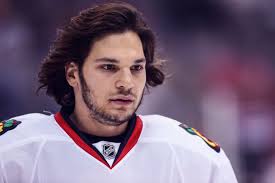 The National Hockey League concussion settlement that would pay US$18.9-million for more than 300 retired players could be withdrawn Friday, with some lawyers scrambling to get their clients to opt in before time runs out.

The tentative agreement announced in November includes a 75-day deadline that expires Jan. 18 for all 318 players to sign off on the deal; anything less than unanimity and the NHL can scrap the settlement. It’s not clear if it would exercise that option, however, because the terms are widely viewed as favourable to the league.

Launched in 2013, the lawsuit accused the NHL of failing to warn or protect its players from the risks of head injuries. Under the terms of the tentative agreement, the league accepts no liability but agrees to pay the players US$6.996-million, or US$22,000 each. The players are also eligible for as much as US$75,000 in medical treatment, and US$2.54-million would be put into a common-good fund for players in dire need of assistance.

On Thursday, it was impossible to know how the situation would end up. Asked if things were moving toward a settlement, NHL deputy commissioner Bill Daly replied in a text message, “That’s a question you really have to direct to [the] plaintiffs’ lawyers. The settlement agreement sets out the parameters for them reporting to us and provides what our options are or may be at that point. We will see how that process plays itself out before having any comment.”

Stephen Grygiel, a Baltimore attorney representing a number of retired players, would only go so far as to say, “We are working diligently toward finalization of the agreement.”

Lawyers for the players are keen to close the deal. They would receive US$6.9-million in legal fees – virtually the same amount the plaintiffs would collect.

The NHL would get off lightly compared with what the National Football League spent on its concussion settlement with some 20,000 retired players. A US$14-billion-a-year industry, the NFL pledged US$1-billion over 65 years and has approved more than US$500-million in awards – roughly US$190,000 a player. The NHL, which reportedly earns US$4-billion to US$5-billion a year, found itself in the driver’s seat as soon as a Minnesota federal court judge dismissed a class-action suit launched by former players last year – finding it too unwieldy because it involved multiple jurisdictions and state laws.

Gene Carr played for five NHL teams, including the Los Angeles Kings and New York Rangers, and was involved in the class-action suit. He has refused to sign off on the tentative settlement.

“The way [NHL commissioner] Gary Bettman and the owners have handled this is so wrong,” said Carr, who told of how he was sent back into games after suffering serious hits to the head and has received no acknowledgment of that. “They’ve denied everything. Shut-up money – that’s exactly what [the US$22,000] is. It’s disgusting.”

Carr is not the only one to say he feels that way. Former forward and tough guy Dan Carcillo, who has become an advocate for player safety after a series of head injuries forced him into retirement, will not sign the settlement, either. He said he knows of “10 to 12 guys” who want no part of the NHL’s tabled offer.

“I’m not settling. I don’t care if they give guys US$1-million each. This has nothing to do with money for me,” Carcillo explained, noting there are red flags in the agreement, such as the fact it allows the NHL to own all the data from the testing procedures that players would have to undergo to receive payment. “You don’t actually own the results to the tests that they see because they don’t want you going to the media and they don’t want parents to know the risks of playing hockey. … People get it a little bit twisted. They think that I want to change the game of hockey. I have opinions because I played hockey, but to be honest, I’m trying to humanize this issue across all sports and different athletes.”

As for what the NHL does next, Carcillo said he talked to his lawyer on Wednesday and he, too, was in the dark.

“[Bettman] is very unpredictable. So is the NHL,” the former Stanley Cup winner said. “What I believe is this is going to drag out for another three, four years.”

I use my blog to write about things that I think are a matter of public interest or that I think others will be interested in
View all posts by Kevin Yaworski →
This entry was posted in Health and wellness, justice, News and politics, Sports and tagged compensation, concussions, gary betman, hockey, lawsuit, NHL, players, science. Bookmark the permalink.