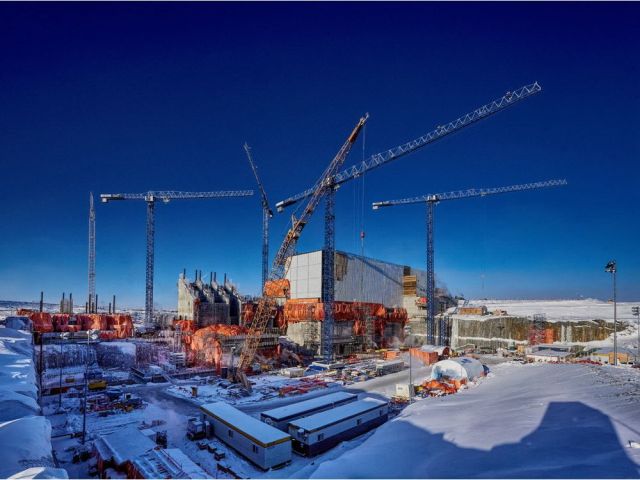 A bit about MB Hydro’s dirty past that many do not want the public to know about. I am glad Brodbeck didn’t shy away from this like he has some other difficult issues. Why did he not look into who specifically was responsible for allowing this to be left out of the original report? We must not forget and must learn from out past no matter how terrible.

A new Clean Environment Commission report released this week is another reminder that there’s nothing “clean” about the power produced by Manitoba Hydro.

The Crown corporation has neither a clean environmental record nor a clean conscience when it comes to sabotaging the lives and livelihoods of Indigenous people in the north over the past half-century.

The 86-page report is a review of a joint Manitoba Hydro/provincial government “cumulative effects assessment” launched in 2014 on the impact of Hydro developments along the Nelson, Burntwood and Churchill river systems over the past 60 years. Naturally, government and Hydro didn’t think to consult the people directly affected by the developments when gathering their evidence. That was an afterthought, a consultation process carried out subsequently by the CEC. It wasn’t until 2017 that the current provincial government amended the CEC’s terms of reference to expand that consultation process to include in-person hearings.

It was from these hearings that we learned of the alleged sexual assaults perpetrated by male workers against Indigenous women in the 1960s around the northern town of Gillam — the ones Sustainable Development Minister Rochelle Squires referred to the RCMP Tuesday — and of the many other horror stories around how Hydro walked into northern communities and shoved Indigenous people off their land, razed their homes, bulldozed their playgrounds, segregated their kids on separate school buses and destroyed their livelihoods.

Apparently, that was business as usual in northern Manitoba when it came to building hydro dams and transmission lines and setting up work camps and temporary digs for Hydro staff and their families.

“The things that happened, that changed so fast was the people who came into the community of Gillam,” Marie Henderson, an elder from Fox Lake Cree Nation who described at a hearing in January what it was like growing up in Gillam when Hydro came to town. “I remember hearing in Cree, that means electricity. And I couldn’t really understand what was really talked about, until I started seeing people coming into the community with all of these changes happening, wrecking the town that I lived in, taking over the community, wrecking our playground, wrecking the land that we so enjoyed…”

It was a nightmare, basically. And it put an end to a life of self-sufficiency for the local Indigenous population, as the construction of dams and transmission lines turned the ecosystem on its head, resulting in massive flooding, deforestation, blocked transportation routes, contaminated water and displaced game, the CEC report found.

“They just came in and took over,” said Henderson. “We were pushed aside. As a child, not understanding what was happening, there was fear. And as I got older, there was anger, anger came into my life because I felt helpless. I felt helpless because I couldn’t do anything. We weren’t included — we weren’t included as humans in our own community. We were nothing to them. It even got to the point where they said we were squatters in our own land, because they wanted the construction to be built.”

Imagine a Crown corporation invading your community, demolishing your house, taking over your neighbourhood, sabotaging your livelihood and all the while treating you with scorn and disdain? It’s a miracle anyone could survive it at all.

“It’s different for people who live in a city because you probably don’t comprehend what it is to survive off the land, to live off the land,” said Henderson. “I mean, a lot of my people worked hard. None of them heard of welfare back then. There was no such thing as welfare, because we survived by hunting and trapping. And that’s how it was, that’s how they made money.”

Relations between Hydro and Indigenous communities have improved somewhat since then, the CEC heard. Although there is still conflict and issues of racism around existing Hydro projects, like the Keeyask Generating Station, the review found.

The worst part of all this is you get the feeling you’re only hearing a very small part of a much bigger story behind these Hydro mega-projects in the north when it comes to the paternalism, the bigotry and the assault on human dignity that appeared to be so rampant.

I use my blog to write about things that I think are a matter of public interest or that I think others will be interested in
View all posts by Kevin Yaworski →
This entry was posted in History, justice, Nature, News and politics and tagged aboriginal, allegations, Dark, Development, Dirty, First Nations, Hydro, manitoba, Past. Bookmark the permalink.