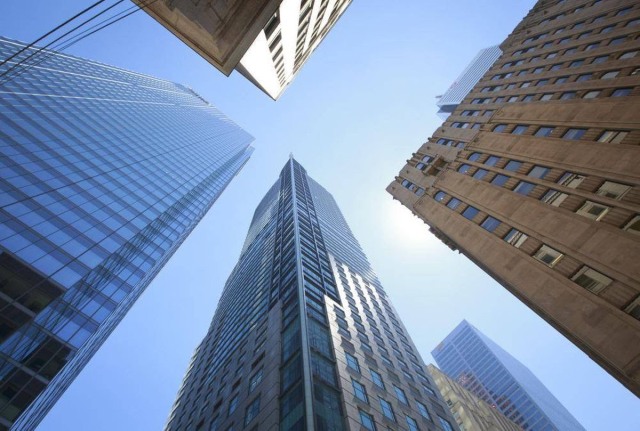 In this case it may not affect you directly but may have affected yur pension earnings and likely other direct impacts.

Canadian banks and regulators proven to do a better job than US counterparts in the past. Let’s hope these allegations proven wrong or the Courts and regulators impose harsh enough consequences to

From The Globe and Mail:
https://www.theglobeandmail.com/report-on-business/us-lawsuit-accuses-banks-of-rigging-a-canadian-rate-benchmark/article37608402

Here is more info and link to register for $25 Gift Card from Loblaws for bread price fixing.

Bank buildings tower over the corner of Bay Street and Adelaide Street in Toronto.

Canada’s six biggest banks are facing a lawsuit filed with a New York court that alleges they conspired with three other global banking giants to rig a Canadian interest-rate benchmark and boost profits.

The complaint from a Colorado pension fund covers a period of nearly seven years, from 2007-14, and alleges that nine banks worked in concert to suppress the Canadian Dollar Offered Rate (CDOR).

Bank of America Corp., Deutsche Bank AG and HSBC Holdings PLC are the three non-Canadian banks named in the lawsuit.

The CDOR benchmark reflects a daily lending rate offered to corporate clients for loans of one year or less. That rate is then used to determine how much interest is paid on an array of derivatives contracts – interest-rate swaps or Canadian dollar futures contracts, for example. The nine banks are alleged to have conspired to keep the CDOR lower in order to pay less interest on those agreements. At the time, Canada’s Big Six banks were the largest dealers of CDOR-based derivatives in North America.

All nine banks declined to comment through spokespeople on Monday.

The Fire & Police Pension Association of Colorado, which has $4.4-billion (U.S.) in total assets, filed the lawsuit in the Southern District of New York – a court that has heard several cases alleging manipulation of benchmark rates. The fund claims it took part in $1.2-billion in CDOR-linked derivatives, some of them directly with RBC, TD, Scotiabank and BMO, and “paid more or received less than it should have” as a result.

In court filings, the pension fund says the banks made “artificially lower submissions that did not reflect the true rate at which they were lending Canadian dollars in North America.” The lawsuit presents financial analyses as evidence, pointing in one passage to a 151-day stretch in which four banks – HSBC, RBC, CIBC and National Bank – submitted the same three-month CDOR rate each day.

The pension fund also alleges that data from the Bank of Canada show that, starting in 2007, the banks scaled back their CDOR-based lending, from which they received interest payments based on the benchmark. Instead, the banks “began aggressively marketing and selling interest rate swaps, forward rate agreements, and other CDOR-Based Derivatives to North American investors,” the complaint alleges – pacts that required the banks to pay interest based on the CDOR rate.

The court filings accuse the banks of making CDOR submissions that were below Canadian dollar money-market rates, “inexplicably offering to lend for less than what it cost them to borrow funds.” None of the allegations have been proven in court.

The CDOR rate, known in industry terminology as the “fix,” was calculated daily by Thomson Reuters Corp., which acts as administrator. The financial-information giant collects submissions from banks, eliminates the highest and lowest figures and takes the average of the rest to set the CDOR, then broadcasts it to markets. Woodbridge Co. Ltd., the controlling shareholder of Thomson Reuters, also owns The Globe and Mail.

Since the financial crisis of 2008, benchmark rates around the world have come under scrutiny after it was revealedthat bankers had conspired to manipulate the London Interbank Offered Rate (LIBOR) to benefit their trading positions. Since then, Canadian regulators have tightened oversight of the CDOR. In 2013, a review by the Investment Industry Regulatory Organization of Canada (IIROC) found no major problems with the way the CDOR had been used. However, it did highlighted weaknesses in governance, and the “potential for manipulation to take place,” and so a code of conduct was put in place.

In 2014, Canada’s banking regulator – the Office of the Superintendent of Financial Institutions (OSFI) – published a guideline that sets tougher expectations for the way banks set and submit their rates.

Spokespeople for both regulators also declined to comment on Monday.

I use my blog to write about things that I think are a matter of public interest or that I think others will be interested in
View all posts by Kevin Yaworski →
This entry was posted in Financial, justice, News and politics and tagged banks, Canadian, corporate, corruption, price fixing, US. Bookmark the permalink.