Posted on February 9, 2017 by Kevin Yaworski 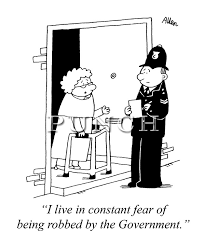 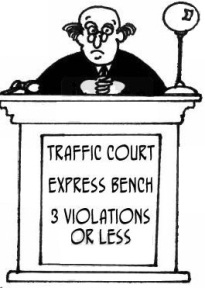 Feb 10 2017 – Kevin Yaworski – WiseUpWinnipeg – http://wp.me/p1fJaD-Tr
In Ontario the police have or had been issuing speeding offenses with lower speed then they observed and when the offense contested the Crown threatened to amend the charge at trial to the higher speed and get officer to testify to this in an attempt to get the accused to change plea.

The Justice denies and convicts with the speed on the offense and the Crown appeals but it is upheld.  The Appeal decision even states the officer didn’t try and plea and just wrote lower speed and in doing so the officer submitted falsified evidence and the act specifies that this should result in a fine of up to $2000.

When referring to the ON equivalent of the HTA the Justice states this amendment is not compatible with the philosophy” of the Act — which “is to deal with matters in a quick, efficient and fair manner”.

* Have any of you heard of this occurring here in Manitoba.  If so let us know.

We need to see if this philosophy applies to the MB HTA as it can be used against most traffic offenses here due to unreasonable delays as a result of such high volume of tickets being issued in an attempt to generate revenue.  Evidence of this available including some public officials and senior staff at WPS admitting they need the revenue in their budgets for other police initiatives.   They say this on one hand and then on the other say enforcement improves safety and reduces violations.  Their own stats show it is trending up from 83k to 140k per year over the last few years and that just for photo enforcement.  Add in another 55k a year for officer issued which is also trending up.  It definitely not going towards the roads or improving safety.  No one is contesting that.

A Comment in the following news article about the appeal brings up another good point.

Defrauded citizens out of tens of millions dollars:

The offence notice claims you must also pay the victim surcharge and court costs.

Why would one pay court costs when you’re settling out of court?

These additional costs only apply if you proceed to trial and are then found guilty.

The province of Ontario has defrauded citizens out of tens of millions dollars, if not hundreds of millions, by willfully and falsely instructing citizens on the offence notice that they must pay costs and surcharges even when settling the matter out of court

This applies in MB as well but need to see if it states this on offense notices.  It does when you pay or at least on a disposition which can be obtained from the court for free (just say you want it to appeal and they print it for you).

* Has anyone brought this up here in MB formally at court or as a complaint?

I use my blog to write about things that I think are a matter of public interest or that I think others will be interested in
View all posts by Kevin Yaworski →
This entry was posted in justice, News and politics and tagged canadian charter of rights and freedoms, charter 11b, charter rights, civil rights, human rights, international covenant on civil and political rights, manitoba, ontario, opp, Summary Convictions Court, Traffic Court, unlawful taxation as fines, unreasonable delay, winnipeg, Winnipeg Police, winnipeg police association, winnipeg police service, winnipeg police union, WPS. Bookmark the permalink.