Why is the public having to do the job of Politicians, Social Services, Police and now the Media? 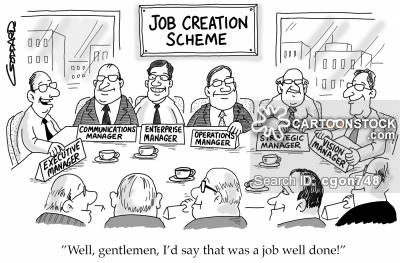 What happened to the media researching, verifying and reporting a balanced story and not just repeating false or misleading information.

For a while now the public has had to do the job of their politicians even though they pay them more than enough to do it. Now social services and even somethings police should be doing (some of what #BearClan and other community lead volunteer groups are doing). Even the media can’t be trusted anymore.

Back to these “cuts” as this is related and important for the public to have the facts and so they can act.

Government of Manitoba (GoM) has had a hiring freeze for years and have not been replacing people when they quit or retire unless it considered an essential services position. I saw this first hand working for GoM from 2011 – 2015. I saw front line services or those supporting them in the background be hardest hit. Yet our Political leaders were not cutting any waste where it was needed most and wouldn’t even be noticed. Worse they were adding more waste at the highest levels.

So is this really good news or more spinning the truth? Regardless it doesn’t go far enough $10 M /112 is less than $89k each when you consider pension contributions (8-9%), Blue Cross benefits incl many with $600 health sending account and expense accounts etc…That is not even middle managers. It did say at least $10 Million so there is some hope.

It needs to include upper mgmt and other high paid bureaucrats where the true waste is out of control in GoM, School Boards, SOA’s and Crown Corps and others. They need to reduce funding to the City where there is equall if not worse waste at City Hall, WPS, WFPS and others.

There is many senior positions making $150 – 300k / year plus all the extra mentioned above. Many of these are positions not even needed. All the while front line services are struggling to keep up.

Let’s make sure our leaders are reducing waste and improving efficiency where needed and then using that to strengthen front line services and reduce the crypling net debt and interest payments.

Once this down to a resonable amount they must use the savings from this to reduce taxes, fees and fines to be at or below Canadian average instead of amoungst the highest. This will stimulate the economy and growth which will generate more tax revenue to reduce net debt even more, improve credit rating and lower interest payments. With target being just annual operating debt, balanced budgets with no net debt.

Then we will be a leader in Canada instead of a have not Province or example of what not to do.

Manitobans need to demand they get more in return for some of the highest rates of taxes, fees and fines in Canada
http://wp.me/p1fJaD-vg

Enough is enough with the out of control spending and abuse of the public and public funds by WPS and MPIC while some senior people at the City of Winnipeg and Province of Manitoba ignore or turn a blind eye
http://wp.me/p1fJaD-ox

MPIC diverting Millions to Police for $afety initiatives most of which are a waste and actually putting the public at risk
http://wp.me/p1fJaD-og

I use my blog to write about things that I think are a matter of public interest or that I think others will be interested in
View all posts by Kevin Yaworski →
This entry was posted in News and politics, Sustainability and tagged Crown Corporations, Environment, government of manitoba, government reform, health, healthcare, manitoba, mpi, mpic, politics, reform, reforms, School BOARDS, security, SOA, transparency, winnipeg, winnipeg police service, WPS. Bookmark the permalink.

1 Response to Why is the public having to do the job of Politicians, Social Services, Police and now the Media?