Unlawful fines as taxes and what you can do about it! 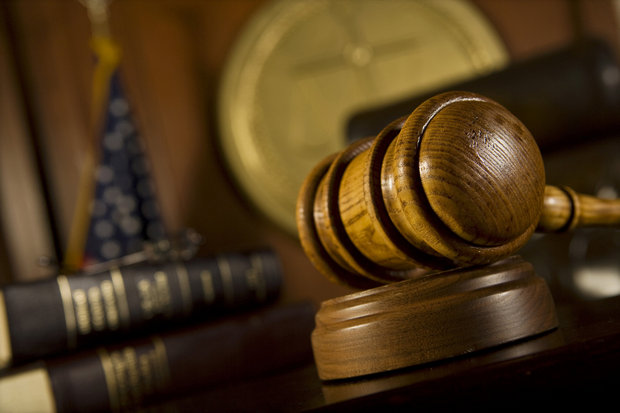 You got a ticket that is unfair or unlawful or not sure what that is?

It is long overdue for Joe Public to stand up for not only fair treatment but for their legal and Charter rights as Manitobans and Canadians.

There has been several cases of unlawful fines (also know as unlawful taxes as fines) proven in at least BC and MB Courts and even in our SCC.

What makes these even more concerning than high legitimate taxes is that the fines are paid with money already heavily taxed.

Some examples of this include WiseUpWinnipeg proving Unlawful Construction Zone and Know Your Zone tickets in court and with the help of FIPPA.  This resulted in $ Millions in unlawful tickets being stayed or dismissed.

There is also evidence of other unfair or unlawful fines as taxes and resulting penalties that are being paid in good faith by unsuspecting drivers or vehicle owners.  Many of these are causing undue hardship and suffering on them and their families.

There is evidence the vast majority of the up to 300,000 simple traffic or parking tickets being issued in Winnipeg each year by ACS (3rd party for profit Photo Enforcement partner), WPS and WPA / G4S (3rd party for profit parking enforcement partner) are unfair or unlawful due to agressive targeting of known traffic engineering or parking deficiencies in safe and proper speed limits, red light amber time, signage and other serious issues. Many of the required signs are missing, obscured, purposely confusing and more.

Have you been affected?  Most likely you have as the majority of drivers or vehicle owners we have spoken to including visitors have been.  Some are so upset they said they will never return or are fed up and planning to leave or have already left.  Up to $70 million taken out of their pockets every year and with the velocity of money formula this equals up to $420 Million out of the Manitoba economy every year and $ Billions since 2003.

This is only part of the reason our City and Province is slowly bleeding to death socially and financially and it needs to stop.

We have raised these and related issues with our leaders at WPS, the City and Province but have for the most part been ignored.

Stay tuned as there is more to come on this from WiseUpWinnipeg including fighting for refunds for those that paid these and other unlawful fines in good faith but we’re denied a refund.

We can’t do it alone and need help from. more of the public to work collectively.

In the mean time here is some information regarding contesting unfair or unlawful alledged traffic or paring offenses.  For more info see the pinned post on http://www.wiseupwinnipeg.com

If your rights are infringed you should stand up for them.  E.g. right to trial in a reasonable time, Crown disclosing in advance evidence it plans to rely on and others. Crown not permitted to use previous photo enforcement convictions against you (identify not verified when issued) and others.

We do not provide this information for people trying to avoid taking responsibility for their actions that they know deserve consequences.  Anyone trying to do this is doing themselves and society a dis-service by avoiding so should do the right thing and they will start to grow and be a better person for it.

Here is some examples of caselaw decisions that favored the accused and there is many more available.  Only some of the points refered to included below but more available online.  If relying on them in court it is normal to submit them and your arguments to the Court and the Crown in advance as disclosure. This sometimes overlooked when the accused represents themselves but doing it is showing respect to the Courts.

Crown not providing disclosure of officer notes and diagrams until trial or delay motion. One Justice even said this was very concerning. It is also a Charter right.
The following 5 examples of this occuring including at least 3 in MB show this is a trend and more than concerning.

Reinforced in
R. v. Segodnia (MBPC) 2016
Mr. Segodnia did not have particulars of the PON until the hearing of this motion. At that time, he saw the back side or additional page of the PON that contained the police officer’s notes.

R. v. Law, 2013 ONCJ 533
6)                  That although there have been 1 request(s) for full disclosure in this matter, the Crown has not fulfilled its obligation to provide said disclosure.  The Crown’s failure to provide this information, has impaired the defendant’s ability to make full answer and defence and accordingly constitutes an infringement of the defendant’s rights under Section 7 of the CANADIAN CHARTER OF RIGHTS AND FREEDOMS and Section 46(2) of the PROVINCIAL OFFENCES ACT, R.S.O. 1990.

8)                  It is respectfully submitted that the information in question namely, adequate evidence of Disclosure is relevant and necessary to the defence in making full answer and defence to the charge.  It is necessary that the defendant have possession of this information prior to the trial as to allow them the opportunity to properly prepare a defence. See

R. v. Yaworski (MBPC) 2016
Officer notes and diagram were not disclosed until accused realised they could ask for them about a week or so before trial.

R v. Yaworski (MBPC) 2016
Officer notes and diagram were not disclosed until accused realised they could ask for them about a week or so before trial. The school zone diagram including where signs located was dated from 2014 to show it was canned and then officer just signed and dated it.  This put into question did the officer check to see if any signs removed or obscured since then.

R. v. Yaworski (MBPC) 2016
Affidavit submitted from Crown of CBC  News story accepted –
Mr. Yaworski’s statements indicate he was aware of delay several months before filing his delay motion, “he was hoping to get his ticket off the books” (misquoted: I said I hoped the R v.Grant decision would result in my and the many other trials unreasonably delayed to be stayed and the root cause of the delays to be addressed).  His recollection was not as impacted as he has suggested.  “I was driving a safe speed to allow stopping quickly if someone came in front of me”

Note:
R v. Yaworski (2016) may not be listed in case law yet as it was only Sept 20, and decision reserved till Oct 24th.  Should be available soon and it maybe possible to refer to it in the mean time.

Manitobans need to demand they get more in return for some of the highest rates of taxes, fees and fines in Canada
http://wp.me/p1fJaD-vg

The public and public funds being mistreated and misused or worse. All in the name of $afety.

It is long over due for more people to take action about these serious issues of public safety and misuse of tax payer and MPIC funds and related serious issues.

For more info on what MPIC is spending your Autopac premiums and license fees on, why WPS needs to be forced to rein in its budget, the much needed changes and reforms at WPS, CoW and MB and what the impacts of ignoring all this see the following.

MPIC diverting Millions to Police for $afety initiatives most of which are a waste and actually putting the public at risk – http://wp.me/p1fJaD-og

WPS budget needs to be reined in and a detailed analysis of Fraser Institute study “Police and Crime Rates in Canada” and related facts – http://wp.me/p1fJaD-nV

Important info about many of the alleged traffic offenses being issued in Winnipeg including some new information
http://wp.me/p1fJaD-pZ

Warming many School Zones get artificially lowered again to 30k Sept 1st and why you should be concerned. – http://wp.me/p1fJaD-nw

*** Important update for WiseUpWinnipeg members and the General Public about previously reported ignoring of Charter Rights snd misuse if our Justice System and worse ***
http://wp.me/p1fJaD-nj

It is way past due for a major overhaul at City Hall! – http://wp.me/p1fJaD-m5

Public Safety and Proper use of Public Funds at City of Winnipeg – http://wp.me/p1fJaD-e6

I use my blog to write about things that I think are a matter of public interest or that I think others will be interested in
View all posts by Kevin Yaworski →
This entry was posted in News and politics, Sustainability. Bookmark the permalink.

4 Responses to Unlawful fines as taxes and what you can do about it!