WiseUpWinnipeg petition demands immediate correction of Winnipeg’s known public works “misengineering”, which is being selectively targeted by enforcement for profit and not safety.
A petition signed by over 1600 fed up Winnipeg motorists will be presented to City Hall by WiseUpWInnipeg’s Todd Dube & Chris Sweryda at 12:20 pm on Wednesday, August 26, 2015.

Winnipeg media and interested citizens are welcome to attend.
Aug. 25 Winnipeg – For several years the photo radar activist group “WiseUpWinnipeg” has consistently pointed out numerous speed limit signage deficiencies and other examples of City of Winnipeg Public Works “misengineering”. Prior to the last Winnipeg municipal election, several mayoral candidates expressed outrage over the city’s policies and practices related to photo radar enforcement and the deliberate targeting of speed limits and signage deficiencies. Almost all candidates promised photo radar reform in their platforms. As a candidate, Brian Bowman however, chose not to address the issue and since being elected as mayor he has refused to meet with WiseUpWinnipeg to review their very detailed report evidencing the deficiencies.

As a result, WiseUpWinnipeg has drafted the following petition and posted it on www.facebook.com/WiseUpWinnipeg for Winnipeg motorists to sign. To date it has achieved over 1600 electronic signatures: (see the link below) This petition will be presented to the Mayor’s office as notice that Winnipeg motorists expect City Hall to address the unacceptable deficiencies and abusive enforcement that advantages same.

“Winnipeg stands alone as the only city in Canada to ignore traffic engineering standards for speed limit setting, speed-reduction signage and amber timing. The locations most deficient of proper engineering are precisely where we see chronic enforcement. We demand proper engineering and an end to the abusive enforcement which in effect trades our true motoring safety for a share of the profit. This abuse becomes even more egregious when Manitoba has fine values 250% higher than the average of all other provinces.” Says Todd Dube, Founder of WiseUpWinnipeg.

David Sanders: “The Mayor should direct the Public Works Department to respond to the extremely thorough and persuasive evidence which the members of WiseUpWinnipeg have gathered to demonstrate the serious shortcomings of the City’s traffic management practices, including speed limits, speed-reduction signage, and amber light timing. Addressing those shortcomings should immediately produce safer streets, much less targeted enforcement activity – and fairer treatment of Winnipeg motorists.” said David Sanders, 2014 mayoral candidate.

Gord Steeves: “I deal with people everyday in our community and there is no doubt in my mind that most people have lost faith in this program,” Gord Steeves said. “Even those that support it are now becoming skeptical, I worry that Provincial measures to expand enforcement in construction zones may have had nothing to do with safety and likely may have simply been a method to address budget deficits at the Province.”
“Along with recent by-law concerns, there is very disturbing evidence that we may not be signing areas appropriately and that we may be focusing on areas that have less to do with safety and more to do with Revenue generation.” Said Steeves, “We need to shine a light on this program and make sure that everything we are doing is focused on safety and nothing else.”

From the Winnipeg Free Press on Robert-Falcon Ouellette’s position:

Quotes from others: “I and many students have seen the WiseUpWinnipeg compilation of these facts and it is overwhelming. No government should have a stake in increasing offenses. Photo radar could work as part of an overall strategy to improve traffic safety, but the evidence overwhelmingly suggests that Winnipeg’s program is not designed with that intent. Political leaders should be aware of how policies affect the population, especially when those policies directly affect public safety. When evidence is easily accessible, there’s no excuse not to take advantage of it. In this case, the evidence is now very easily accessible and in fact being delivered right to their door. One hour of the mayor’s time doesn’t seem like too big a request.” states Dr. Curt Pankratz, Sociology Department, University of Winnipeg.

Todd Dube will address the media at the August 26th gathering at City Hall.
Event Time: 12:20 pm, August 26, 2015
Location: In front of the City Hall main entrance
– 30 –
Media Contact:
Todd Dube
Ph. 204-795-5120
mediascene@mymts.net
WiseUp Winnipeg is the collaborative effort of several local citizens to educate Winnipeggers on the facts about photo radar enforcement abuse and deficiencies – including the false claim that the program has had a positive impact on safety in the City of Winnipeg.

—-
MB NDP Gov changing the HTA to not require operators and police officers to attend court when you challenge an unfair ticket with outrageously high fine is a sign of more to come if we don’t join forces and stop these scams injustice. 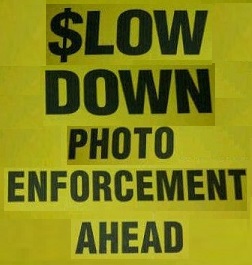 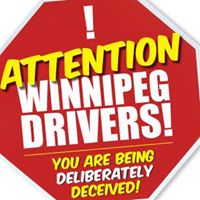 I use my blog to write about things that I think are a matter of public interest or that I think others will be interested in
View all posts by Kevin Yaworski →
This entry was posted in News and politics and tagged abuse of power, news, photo radar. Bookmark the permalink.